Neuroscience and spirituality: meeting the medium-shamans of Singapore

In this study, born from encounters with the Chinese spirit mediums of Southeast Asia, we examined the crucial role emotions and brainwave synchronization play in very intense rituals.

The oldest human spiritual practices, in use long before the emergence of organized religions, are shamanic practices. They were persecuted and almost completely disappeared with the emergence of modern religions. Some of these traditions have miraculously survived and have come down to us today. I had the privilege of meeting and studying one of these ancient traditions: the shaman-mediums of the Chinese communities of Southeast Asia.

The project, which lasted over 5 years, developed from meetings and dialogues with the shamans and spirit-mediums, the “dangkis” in the Hokkien language (乩 童). These mediums offer healing rituals to anyone who comes for help in the temples where they perform their rituals. People often consult them over health concerns.

During these very intense rituals, the mediums enter a trance, which allows a deity who has chosen them to take control over their body. These deities are sometimes famous physicians from centuries past who, through the dangki, can offer health advice and talismans to the person who needs their help. Dangkis are still present in Taiwan, and in the Chinese communities of Southeast Asia including Singapore, where I have studied them.

In this work, we examined the brain waves of people who have attended these rituals often. We invited them to the lab, where they viewed and evaluated videos of several mediums while we recorded their brain responses. For each ritual, participants rated the depth of the trance, their opinion on the efficacy of the ritual, and the emotions it triggered for them. We also measured the brainwave synchronization between each participant during the ritual experience.

Looking at the results, we discovered a unique link between the emotions triggered by the ritual and its perceived efficacy. Perceived efficacy increased with the intensity of the rituals, and that was related to deeper trance. Furthermore, participants judged the rituals as more effective when they viewed them in groups rather than alone. While participants were unable to communicate during the experience, their brain synchrony increased in groups and they gave more similar ratings. We observed these patterns in alpha and beta waves, which are associated with emotions and visual attention.

The results showed that these rituals have both a personal and a collective dimension. The perceived efficacy of the rituals was influenced simultaneously by how the individual and the group responded to them.

In a spirit of service

This is the first neuroscience study that examined these practices and investigated the brain response and the opinion of observers of the ritual. However, what to me remains the most significant aspects of this project are the encounters and conversations with the mediums themselves.

The dankis helped me understand and showed me the depth of their contribution and their devotion to service. By ensuring the transmission of these traditional tools for healing, they help others face and overcome daily difficulties, and by helping individuals in this way they are a source of support and meaning for their entire community.

The publication, is available here. ici.

A glimpse into your inner journey: take the test

Find out how your personality changes your meditation journey with the free test based on recent research. 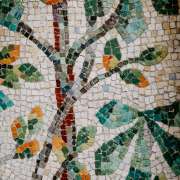 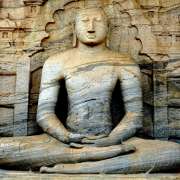 Seated like a Buddha : the seven points posture of Vairocana

We may request cookies to be set on your device. We use cookies to let us know when you visit our websites, how you interact with us, to enrich your user experience, and to customize your relationship with our website.

Click on the different category headings to find out more. You can also change some of your preferences. Note that blocking some types of cookies may impact your experience on our websites and the services we are able to offer.

These cookies are strictly necessary to provide you with services available through our website and to use some of its features.

Because these cookies are strictly necessary to deliver the website, refusing them will have impact how our site functions. You always can block or delete cookies by changing your browser settings and force blocking all cookies on this website. But this will always prompt you to accept/refuse cookies when revisiting our site.

We fully respect if you want to refuse cookies but to avoid asking you again and again kindly allow us to store a cookie for that. You are free to opt out any time or opt in for other cookies to get a better experience. If you refuse cookies we will remove all set cookies in our domain.

We provide you with a list of stored cookies on your computer in our domain so you can check what we stored. Due to security reasons we are not able to show or modify cookies from other domains. You can check these in your browser security settings.

These cookies collect information that is used either in aggregate form to help us understand how our website is being used or how effective our marketing campaigns are, or to help us customize our website and application for you in order to enhance your experience.

If you do not want that we track your visit to our site you can disable tracking in your browser here:

We also use different external services like Google Webfonts, Google Maps, and external Video providers. Since these providers may collect personal data like your IP address we allow you to block them here. Please be aware that this might heavily reduce the functionality and appearance of our site. Changes will take effect once you reload the page.

The following cookies are also needed - You can choose if you want to allow them:

Your personality influences your inner journey

Find out how with this free test based on recent research